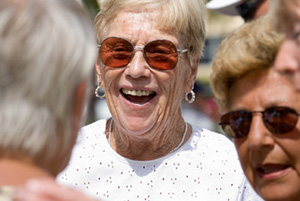 uncover the myths and facts about mental illnesses

learn where to get more information on mental health

mental health problems are health conditions involving changes in thinking, mood, and/or behavior, and they are associated with distress or impaired functioning. when they are more severe, they are called mental illnesses. these include anxiety disorders, attention-deficit/hyperactivity disorder, depressive and other mood disorders, eating disorders, schizophrenia, and others. when these occur in children under 18, they are referred to as serious emotional disturbances (seds).

an estimated 57.7 million american adults experience a diagnosable mental disorder each year. mental illnesses can cause difficulty functioning at work, as a parent, in relationships and in all areas of life. it is imperative for adults to be aware of their mental health and the mental health of their loved ones.

here are some brief descriptions of some of the most common mental illnesses.

visit the substance abuse and mental health services administration website or the national institutes of mental health website to learn more about any of these.

panic disorder affects about 2.4 million adult americans and is twice as common in women as in men. a panic attack is a feeling of sudden terror that often occurs with a pounding heart, sweating, nausea, chest pain or smothering sensations and feelings of faintness or dizziness. panic disorder frequently occurs in addition to other serious conditions like depression, drug abuse, or alcoholism. if left untreated, it may lead to a pattern of avoidance of places or situations where panic attacks have occurred. in about a third of cases, the threat of a panic attack becomes so overwhelming that a person may become isolated or housebound—a condition known as agoraphobia. panic disorder is one of the most treatable of the anxiety disorders through medications or psychotherapy. early treatment of panic disorder can help prevent agoraphobia.

ocd affects about 3.3 million adult americans, and occurs equally in men and women. it usually appears in childhood. persons with ocd suffer from persistent and unwelcome anxious thoughts, and the result is the need to perform rituals to maintain control. for instance, a person obsessed with germs or dirt may wash his hands constantly. feelings of doubt can make another person check on things repeatedly. others may touch or count things or see repeated images that disturb them. these thoughts are called obsessions, and the rituals that are performed to try to prevent or get rid of them are called compulsions. severe ocd can consume so much of a person’s time and concentration that it interferes with daily life. ocd responds to treatment with medications or psychotherapy.

ptsd affects about 5.2 million adult americans, but women are more likely than men to develop it. ptsd occurs after an individual experiences a terrifying event such as an accident, an attack, military combat, or a natural disaster. with ptsd, individuals relive their trauma through nightmares or disturbing thoughts throughout the day that may make them feel detached, numb, irritable, or more aggressive. ordinary events can begin to cause flashbacks or terrifying thoughts. some people recover a few months after the event, but other people will suffer lasting or chronic ptsd. people with ptsd can be helped by medications and psychotherapy.

gad affects about 4 million adult americans and twice as many women as men. gad is more than day-to-day anxiety. it fills an individual with an overwhelming sense of worry and tension. a person with gad might always expect disaster to occur or worry a lot about health, money, family, or work. these worries may bring physical symptoms, especially fatigue, headaches, muscle tension, muscle aches, trouble swallowing, trembling, twitching, irritability, sweating, and hot flashes. people with gad may feel lightheaded, out of breath, or nauseous, or might have to go to the bathroom often. when people have mild gad, they may be able to function normally in social settings or on the job. if gad is severe, however, it can be very debilitating. gad is commonly treated with medications.

social phobia affects about 5.3 million adult americans. women and men are equally likely to develop social phobia, which is characterized by an intense feeling of anxiety and dread about social situations. these individuals suffer a persistent fear of being watched and judged by others and being humiliated or embarrassed by their own actions. social phobia can be limited to only one type of situation—fear of speaking in formal or informal situations, eating, drinking, or writing in front of others—or a person may experience symptoms any time they are around people. it may even keep people from going to work or school on some days, as physical symptoms such as blushing, profuse sweating, trembling, nausea, and difficulty talking often accompany the intense anxiety. social phobia can be treated successfully with medications or psychotherapy.

adhd affects as many as 2 million american children and is a diagnosis applied to children and adults who consistently display certain characteristic behaviors over a period of time. the most common behaviors fall into three categories: inattention, hyperactivity, and impulsivity. people who are inattentive have a hard time keeping their mind on any one thing and may get bored with a task after only a few minutes. people who are hyperactive always seem to be in motion. they can't sit still and may dash around or talk incessantly. people who are overly impulsive seem unable to curb their immediate reactions or think before they act. not everyone who is overly hyperactive, inattentive, or impulsive has an attention disorder. while the cause of adhd is unknown, in the last decade, scientists have learned much about the course of the disorder and are now able to identify and treat children, adolescents, and adults who have it. a variety of medications, behavior-changing therapies, and educational options are already available to help people with adhd focus their attention, build self-esteem, and function in new ways.

people with this disorder see themselves as overweight despite their actual body weight. with this disorder, a person works to maintain a weight lower than normal for their age and height. this is accompanied by an intense fear of weight gain or looking fat. at times, a person can even deny the seriousness of their low body weight. eating becomes an obsession and habits develop, such as avoiding meals, picking out a few foods and eating these in small quantities, or carefully weighing and portioning food. people with anorexia may repeatedly check their body weight, and many engage in other techniques to control their weight, like compulsive exercise or purging by vomiting or using laxatives. some people fully recover after a single episode; some have a pattern of weight gain and relapse; and others experience a deteriorating course of illness over many years.

bulimia is characterized by episodes of binge eating—eating an excessive amount of food at once with a sense of lack of control over eating during the episode—followed by behavior in order to prevent weight gain, such as self-induced purging by vomiting or misuse of laxatives, diuretics, enemas, or other medications; fasting; or excessive exercise. because purging or other compensatory behavior follows the binge-eating episodes, people with bulimia usually weigh within the normal range for their age and height. however, like individuals with anorexia, they may fear gaining weight, desire to lose weight, and feel dissatisfied with their bodies. people with bulimia often perform the behaviors in secrecy, feeling disgusted and ashamed when they binge, yet relieved once they purge.

about 18.8 million american adults experience a depressive illness that involves the body, mood, and thoughts. depression affects the way a person eats and sleeps, the way one feels about oneself, and the way one thinks about things. people with a depressive illness cannot just “pull themselves together” and get better. without treatment, symptoms can last for weeks, months, or years.

major depressive disorder involves a pervading sense of sadness and/or loss of interest or pleasure in most activities that interferes with the ability to work, study, sleep, eat, and enjoy once pleasurable activities. this is a severe condition that can impact a person's thoughts, sense of self worth, sleep, appetite, energy, and concentration. the condition can occur as a single debilitating episode or as recurring episodes.

dysthymia involves a chronic disturbance of mood in which an individual often feels little satisfaction with activities of life most of the time. many people with dysthymia also experience major depressive episodes in their lives leading to a recurrent depressive disorder. the average length of an episode of dysthymia is about four years.

bipolar disorder, or manic-depressive illness, is a type of mood disorder characterized by recurrent episodes of highs (mania) and lows (depression) in mood. these episodes involve extreme changes in mood, energy, and behavior. manic symptoms include extreme irritable or elevated mood; a very inflated sense of self-importance, risk behaviors, distractibility, increased energy, and a decreased need for sleep.

the most important thing to do for people with depression is to help them get an appropriate diagnosis and treatment. treatment, usually in the form of medication or psychotherapy, can help people who suffer from depression.

*do not ignore remarks about suicide.

if someone tells you they are thinking about suicide, you should take their distress seriously, listen, and help them get to a professional for evaluation and treatment. if someone is in immediate danger of harming himself or herself, do not leave the person alone. take emergency steps to get help, such as calling 911. you can also call the national suicide prevention lifeline at 1-800-273-talk.

more than 2 million americans a year experience this disorder. it is equally common in men and women. schizophrenia tends to appear earlier in men than in women, showing up in their late teens or early 20s as compared to their 20s or early 30s in women. schizophrenia often begins with an episode of psychotic symptoms like hearing voices or believing that others are trying to control or harm you. the delusions— thoughts that are fragmented, bizarre, and have no basis in reality—may occur along with hallucinations and disorganized speech and behavior, leaving the individual frightened, anxious, and confused. there is no known single cause of schizophrenia. treatment may include medications and psychosocial support like psychotherapy, self-help groups, and rehabilitation.

people who have mental illnesses can and do recover and live productive lives.

recovery means different things to different people. it can mean being able to hold down a job. it can mean going back to school. or, it can mean working to one’s capacity. or, it can mean having a close relationship with family and friends. whether recovery comes from drugs, from traditional therapy, from alternative treatments, or from prayer, one common theme is a feeling of responsibility for one’s life and a sense of control over one’s problems.

*names may be changed to protect identity.

the organizations listed below range from mental health care providers to advocates to researchers. all of these will provide you with more information about mental health and how to reduce stigma and discrimination against people with mental illnesses.